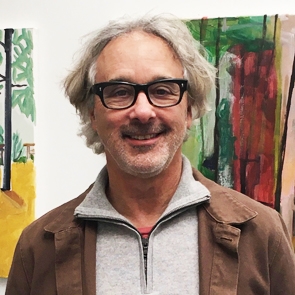 Robert Poplack was born and raised in Detroit, Michigan; he had an interest in art from a young age. Robert studied art history as an undergraduate at Case Western Reserve University in Cleveland Ohio. Between his sophomore and junior year he worked with a famed furniture maker in Chiapas, Mexico. Robert later moved to California to study art at UC Santa Cruz. Graduate study was undertaken at UC Berkeley. Robert has exhibited his work nationally. He is Professor Emeritus at Notre Dame de Namur University where he taught from 1999 until 2019 and was the Director of the school’s Wiegand Gallery. Prior to that Robert taught the Outdoor Painter’s Project at UCSC and also taught at Santa Rosa Junior College. He recently won a Bureau of Land Management residency King Range where he painted directly from nature while living in a log cabin provided by the BLM. Robert maintains an active studio practice and is married to emeritus SRJC art faculty, Deborah Kirklin.